5 things we learned from ETS RD4 in Luxembourg 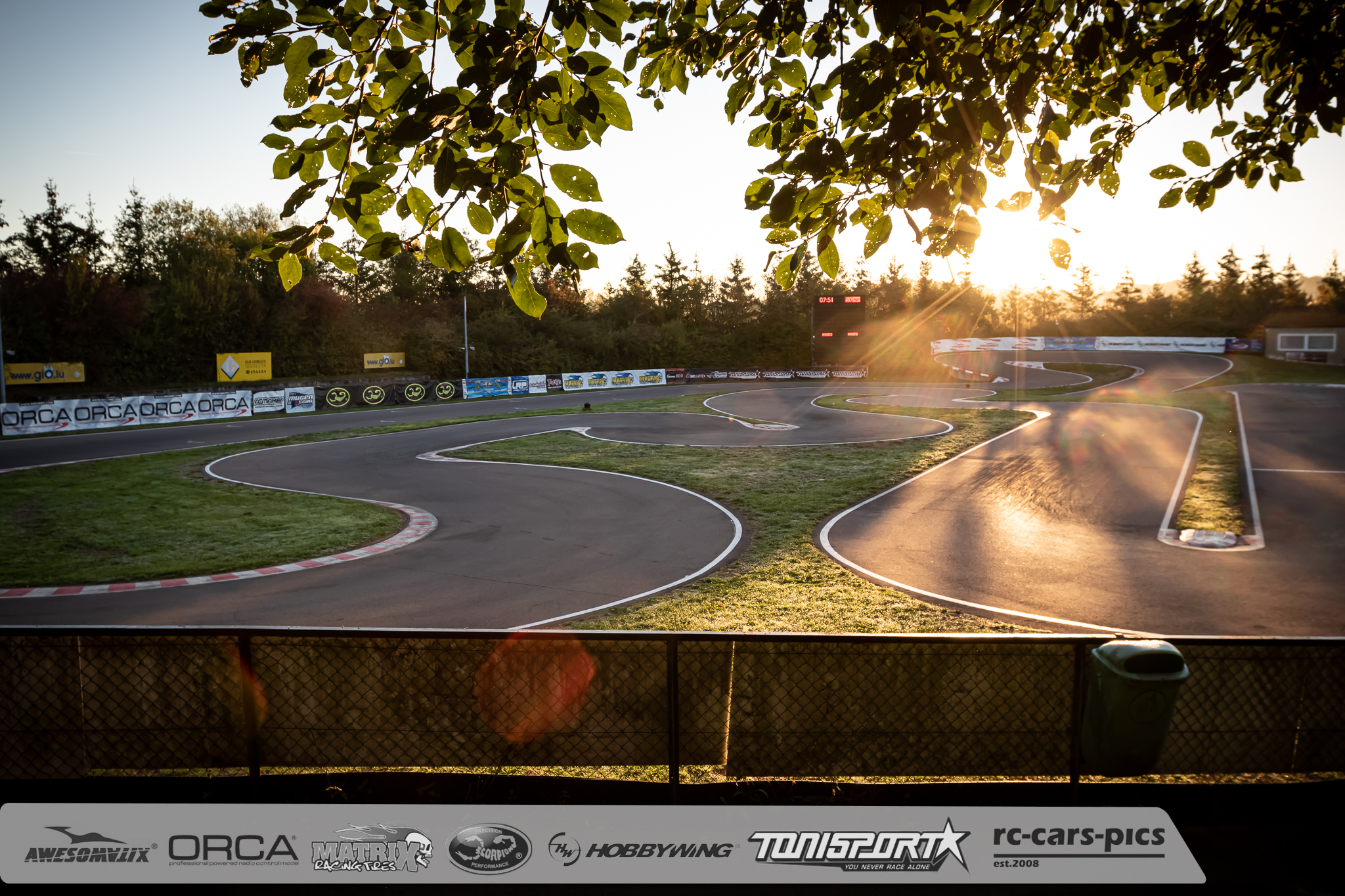 The third round of the Euro Touring Series in Andernach (Arena33) was another amazing ETS event. At every race, there are some things to talk about afterwards, and here are the 5 things we learned from ETS RD3 at Arena33…

1) Urbain showed that hard work pays off at one time

Hard work always pays off. What sounds like a common saying is reality. And Lucas Urbain has underlined this in bold in Luxembourg at ETS RD4. Lucas is one of the most experienced ETS top drivers and one of the best when it comes to perfect car preparation. He is always trying to find that last tenths in his car as he simply is a very passionate RC racer.
Since he switched brands to Awesomatix some years ago, his career has been on a steep uphill climb with constant A-Main appearances and some podium finishes too. But winning an ETS race in the modified class against drivers like Rheinard, Völker, Coelho, and others did not seem to be granted to him. Lucas never stopped believing and working hard for this dream to come true and now it was time for him to win on a track he knows very-well.
He finished fourth at the last ETS in Luxembourg (2016) running for VBC.  Now he was just flying with his Awesomatix A800MMX and it was easy to see that he was full of confidence on the track. He has broken the track record (hot lap AND overall runtime) for 1:10 scale touring cars last weekend and it was great to finally see Lucas on the top step of the podium – chapeau monsieur!

2) A2 is the most important race of the weekend

Well, that may not be set in stone but when we look at the results there is something to it! All winners had been decided after the second round of A-Main in Luxembourg. We have seen that at many ETS races in the past as well, and this weekend it happened again. Five out of six classes saw the race winner starting from pole position (Urbain, Lauter, Mateo, Schulz, Ratheisky).
Only Dominik Reile was not able to convert his pole position into overall victory in the Orca 17.5 Stock class, but third place starter Kevin Schmid stepped into his role and took the win in the first two A-Mains to seal the deal.
In one of our last “5 things we learned” report we mentioned the importance of qualifying and the pole position as we noticed a very high quote of race winners are starting from the TQ spot. Now it is also clear, that most of our ETS races are already decided after the second A-Main. Let`s see if this trend will continue during the next rounds or racing at the Euro Touring Series!

3)Pole Position is actually not a good omen in the Orca 17.5 Stock class

Another statistic 😊 It is not really a trend but the last two races in the Orca 17.5 Stock class were not won from first on the grid. Jasmin Donath won from third on the grid at Arena33 in Andernach, and Kevin Schmid was able to win from second place now in Luxembourg. We can be sure that everybody will watch the TQ of the Orca 17.5 Stock class during the next races and we hope that this report will not create too much pressure in advance 😊

Not only Lucas Urbain has shown that racing on home soil can be a benefit. We saw a lot of drivers from the LMCC Luxembourg doing a bit better that at most of the other races we see them on track. The Mini Circuit “Vile de Luxembourg” is technical, and fast track at the same moment and it requires a lot of confidence to fully “send” the car into the difficult sections and corners of the track.
Luka Jovicic finished on a very strong second place in the Formula class and told us that driving thousands of laps on the track had helped him a lot to achieve this result.
Jacques Libar also knows the track better than every other track he has ever visited. Jacques took third overall in the Hobbywing Frontwheel class, and he made the A-Main of the Awesomatix Pro Stock class for the very first time.
Joe Streff made the A-Main in the ToniSport 40+ Masters class at his first race in 2022 without any practice. But as he also knows the track since the very first days he felt like driving in his living room.
So, whenever you will have a bigger race coming up on your home track: practice, practice, practice, and don`t make yourself too much pressure in the days before the event!

“Just amazing” – “Unbelievable” – “So much fun to drive” – “ I can not understand why I have never been here before” – “This is the best track I have ever seen”
Just some of the words we have heard during ETS RD4 in Luxembourg.
You could see it on the pictures, in our track check video, and in the livestream and in our Qualifying and A-Main videos. The right side of the LMCC track is full of elevation changes and the “Laguna Seca” section was the most difficult, and spectacular section all weekend long. Every driver who had never been in Luxembourg before was full of enthusiasm after the first packs on track and this feeling didn`t stop until the end of the race on Sunday.
With a lot of 1:10 scale onroad tracks are absolutely flat, the track in Luxembourg is quite the opposite and features bankings and elevation changes everywhere. The asphalt itself has almost no bumps and this combination makes the track “very racy” with a lot of spots for overtaking.
If you have never been in Luxembourg until now – GO FOR IT. Even when it`s just for a practice weekend, we can guarantee you a lot of fun there!