The entry fee for every ETS racing class is calculated at 70,–€, and every racer must pay his entry fee in advance via Bank transfer. People from different countries can pay their entry fee trackside to prevent from expensive transaction costs. In this case, racers must inform the ETS Orga team about it when making their entry for the race.

Conditions of Participation in FWD, 17.5 Stock and 40+ Masters

We created these classes for the average hobby enthusiast, and therefore the 17.5 Stock, FWD and 40+ Masters class are for non-sponsored drivers only. lf you receive any direct discount or support from any RC manufacturer of cars, electronics, or bodyshells, then you are a sponsored racer and you are not allowed to race in these classes. lf you get a discount from a hobby shop it is ok and you can participate in the 17.5 Stock, FWD or the 40+ Masters class.

lf you finished in the Top 10 of the Modified class at three or more ETS events in the previous two seasons, you are not allowed to make an entry for these classes.

It is also not allowed to combine Pro Stock with the class 17.5 Stock OR 40+ Masters at ETS INDOOR EVENTS.

All racers are only permitted to put down 1 car onto the track during each practice run. The use of 2 cars per practice run has once gotten out of hand and will no longer be allowed. This rule counts for all open practice rounds on Thursday, as well as for all practice runs on Friday (free and controlled). The rule is the same for all classes, all racers, and all teams. For sure you can use different cars in your practice runs – but only 1 car per run.

All cars must comply with overall 1/10th Touring Car dimensions. Prototype cars, which are not available to the public, are not allowed.

Only the front wheels of the car are allowed to receive the power from the motor and transmission – the rear wheels are not connected to the drivetrain in any way. An independent suspension must operate on all four wheels. All electronic components (including motor, ESC and battery) must be contained entirely within the bodyshell, but otherwise the position of these items within the car and the general chassis layout is free.

We have seen the use of small computer power supplies by many racers, and this cannot be allowed. The insurance we carry for ETS states that the equipment we use must be CE certified. As these kinds of power supplies are not certified electric components, we cannot allow them. The risk of using these devices is too big and we always must concern about everybody’s safety.

These maximum charging and discharging currents are counting for the whole charger, not for a single channel of a charger. So, if you use two channels in simultaneous mode, the total current arriving at the lipo battery is limited to a maximum of 12 amps for charging and 20 amps for discharging – and not more! It is not allowed to use two channels at 12 amps each to charge one lipo battery- that would be a charging current of 24 amps in total and is strictly forbidden.

The use of a Gyro or other electronic driving aids are strictly forbidden. It is only allowed to use the following electronics in the car: motor, speed controller, servo, receiver, transponder, LiPo battery, motor cooling fan and BEC capacitators.

Motors are handed out in a raffle, meaning you will not receive the same motor at each race. Between races, we will check all used motors on a special motor tester guaranteeing that “your” motor has nearly same power as all motors. It is absolutely forbidden, to open the motors. Following the race, the motors must be returned.At the end of the season, every driver can buy a motor for a special price, but quantities are limited.

The rental fee for all Stock class motors is included in the Stock classes entry fee. The motor must be returned to the ETS crew at the end of the event.

The ETS only allows the removal of the center rubber mold line on the tire surface. Therefore, you can use a small cutter. Any further grinding or sanding of the tire’s surface or sidewalls to lighten the tire, change the diameter or affect its structure is strictly forbidden. It is also forbidden to change the tire characteristics with other weird methods such as microwaves or ovens. Racers are allowed gluing up the sidewalls of the tires to prevent cars from traction rolling.

For qualifying and finals, only ETS marked handout tires are allowed. As the required tire quantities for carpet and asphalt are different, please check the “Technical Requirements Overview” which is posted below. There you can see how many sets of tires you are allowed to use during the race.

If a driver is breaking the rules, the race direction can delete his best run or disqualify him from the complete event as well.

There is always one complete set of tires included in the entry fee of every class (4 tires on wheels – pre glued). Depending on the rules of every class (see below), every driver can buy an additional amount of tire sets for the race.

The prices for these additional sets of tires are:

It is also possible to pre-order practice tires for the event. A lot of drivers are doing this especially for our outdoor races. The quantity of practice tires must be declared in the registration form when signing up for the race. If a driver has pre-ordered practice tires, he must take and pay them at the event as well.

For our Touring Car classes (Modified, Pro Stock, 40+ Masters, and 17.5 Stock) and the FWD class we want to make sure, our body shell rules are fair and easy to handle for all our racers. In the past, we saw many new body shells being released, meaning that people often had panic to get them in time for our races while having no time to paint them nicely.We believe that the following rules will keep our racing fair and competitive throughout the whole ETS championship.

Only 190mm 4-door commercially available saloon bodies are allowed at the ETS. All bodies must have lights and grill (front), and they must be painted (from inside).

Only Lexan rear wings are allowed, and the winglets can be made from Lexan or a thin carbon fiber material without having any sharp edges. The wing must be cut at the lowest marked cutline. If you like you can cut it even more down. It is not allowed to leave the wing bigger than the lower cutting line. It is also not allowed to use any kind of shims between the wing and the wing mount surface to increase the wing height.  A minimum roof height will not be checked at the technical inspection.

If you race in one of those classes, you can select the body you like to use from the ETS body shell list as well. The ETS supporting manufacturers can list ONE regular weight body shell to the list which will show the bodies of choice for the whole season. The reason for this is to limit the body shell options and to keep the costs lower for the drivers in these classes. Lightweight bodies are NOT allowed in these classes – we will randomly check the thickness and the weight of body shells at the technical inspection. If somebody is breaking the rules he can get disqualified from the ETS event.

All Formula cars must comply with the following rules:

The front suspension is only allowed to get dampened by a kingpin system. Other dampening systems with oil filled shocks or tubes are not allowed on the front end of the car. The lower arms must be connected to chassis plate at all the time. The inner mounting positions of the center shock must be completely covered by the body shell. The chassis plate is not allowed to be wider than the body shell (when looking onto the car from above).

Only Formula 1 body styles are allowed. The body must be painted in a race inspired theme. Single color themes are allowed but you must use the included sticker sheet to detail the car. All cars must have a driver’s figure installed in the cockpit.

In the Formula class, all front and rear wings which are available to the market are allowed to get used on the cars. These wings must be used as designed.

Using any kind of diffusor on the car is not allowed.

Due to the camera equipment, we have on hand trackside for live streaming and video recording, we are able to analyze races and controverse situations by watching these right after the race from different camera angles. Therefore, we reserve the right to analyze difficult situations or crashes right after the race to decide if a penalty is needed or not. Only the race director, the referee, and (if called by them) the involved drivers will be in charge to review the race and to find a decision. External drivers, teammates, friends, or spectators will not get involved in the video analyzing process. There is no general right of review by video analysis. Only the race director and the referee are responsible to decide if a video analysis is necessary or not.

The video analysis will be ONLY done in A-Main finals if needed.

If such a situation appears, the review of the scenes will be done as quick as possible after the run. Penalties or a change of a result is not possible in the days after the event – it must be done immediately.

lf points are tied at the end of the championship we check the following things in exactly this order: 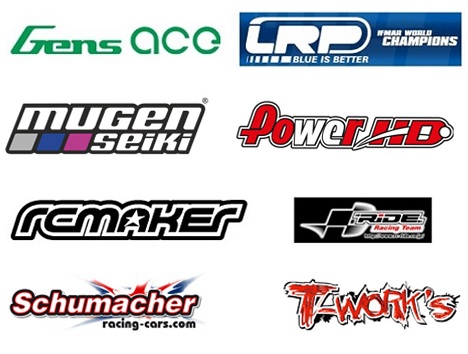 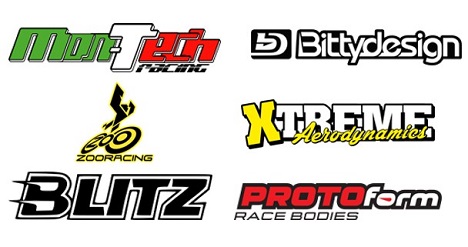