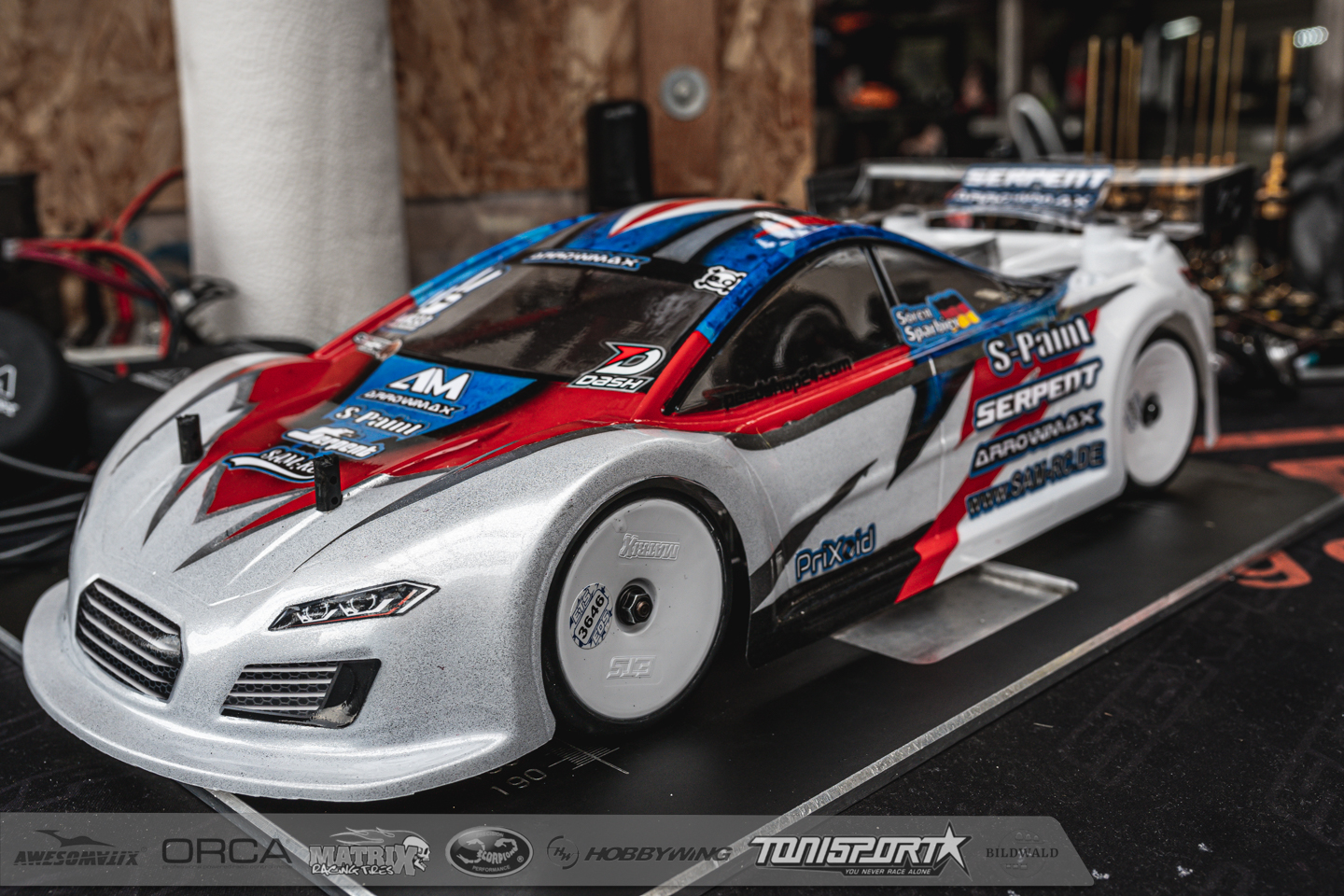 German racer Sören Sparbier is debuting the new released Serpent Medius X20`23 touring car in the Awesomatix Pro Stock class here in Aigen/AUT. Sören was involved in the testing stages of the new platform as well and had a pre-production car which he raced with during the last months. But now, after the realeae of the car, he is running a production kit for the very first time.

The Medius X20`23 is a completeley new designed car and features long carbon fiber wishbones, double rod upper arms, a new aluminum gear differential and motor mount, as well as the option to run a floating or fixed shock tower. The car looked very promising during testing and Sören also made the A-Main at ETS RD1 in Apeldoorn with his prototype car so it looks like a very good new 1:10 scale touring car from Serpent!